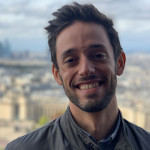 There are different environments where you can deploy an application, they could be summarized in public cloud, private cloud, hybrid cloud and edge computing. I think that cloud deployments are widely defined everywhere so I’m not really going to spend time on those.

Is worth mentioning that private cloud differs from a private data center, since the former implies that there is a layer of abstraction and orchestration to manage the environment, resembling the public cloud but within the organization control.

The hybrid cloud deployment as the name implies is a mix of environments depending on the need and regulatory restrictions, which in my opinion is the best option to achieve efficiency, using the best of both worlds, but of course, everything is a tradeoff and in this case we would add the complexity of managing both environments.

There is another environment that is not widely used yet but it is useful for latency sensible applications, like some IOT uses (autonomous vehicles, medical surgery, etc.) and that is edge compute, this is a distributed computing paradigm instead of centralizing everything in a data center, this brings computation and data storage closer to the location where it is needed, to improve response times and save bandwidth. There is a lot of debates regarding the downsides of this design, but I’m sure that this will be really useful for some cases.

Once we determined where we are going to deploy the application, now we need to evaluate how is going to be deployed, the main options could be, in a bare metal, virtual machines or containers.


Like always there are many things to consider with these technologies and their variants, everything has benefits and drawbacks, so you should need take those into account together with the application or business needs before using one or the other.

In the following image you could find a visualization of some of the different hypervisor and container technologies previously discussed.

Docker engine is a container runtime that runs on various Linux and Windows operating systems. Docker creates simple tooling and a universal packaging approach that bundles up all application dependencies inside a container which is then run on Docker Engine. This enables applications to run anywhere consistently on any infrastructure, solving dependency problems and eliminating the “it works on my laptop!” problem.

Container images are lightweight, standalone, executable packages of software that includes everything needed to run an application: code, runtime, system tools, system libraries and settings. Images become containers at runtime in the case of Docker with the use of Docker Engine.

DockerFile is a text document that contains all the commands a user could call on the command line to assemble an image. Using Docker build users can create an automated build that executes several command-line instructions in succession from a Dockerfile.

You can find more details in Docker docs’ page, which describes the commands you can use in a Dockerfile, and Dockerfile Best Practices for a tip-oriented guide.

Docker Compose is a tool for defining and running multi-container Docker applications on the same host. Compose uses a YAML file to configure the application’s services, and with a single command, you create and start all the services from your configuration. Compose relies on Docker Engine so the runtime must be also installed.

Docker Swarm is a cluster management and orchestration feature embedded in the Docker Engine using swarmkit, a separate project which implements Docker’s orchestration layer and is used directly within Docker.

A swarm consists of multiple hosts which run in swarm mode and act as managers (to manage membership and delegation) and workers (which run swarm services). A host can be a manager, a worker, or perform both roles.

Docker works to maintain that desired state. For instance, if a worker node becomes unavailable, Docker schedules that node’s tasks on other nodes. (A task is a running container which is part of a swarm service and managed by a swarm manager, as opposed to a standalone container)

Kubernetes is pretty similar to Docker Swarm, there is some debate regarding which one is better for certain deployments, but as a general rule of thumb, Kubernetes is broader than Docker Swarm, it provides better scalability and would support higher demands with more complexity while Docker Swarm is easier to deploy for a quick start with orchestration tools.

Kubernetes is a portable, extensible, open-source platform for managing containerized workloads and services, which facilitates both declarative configuration and automation, it combines over 15 years of Google’s experience running production workloads at scale. 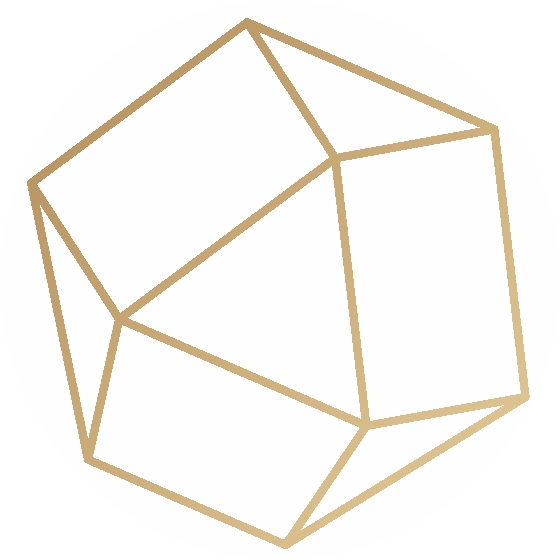 The twelve-factor app is a methodology for building software-as-a-service apps that was drafted by developers at Heroku, a platform-as-a-service company.

I highly recommend looking at Adam Wiggins’s webpage which has detailed information of each of these factors, as a quick summary, these factors are: 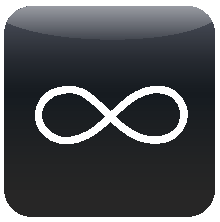 Due to the need of organizations to innovate faster and transform how they build and deliver software, the DevOps model arose, bringing some practices to fulfill those needs.

One fundamental practice is to perform very frequent but small updates, these updates make each deployment less risky and easier to address bugs.

These DevOps practices are merging into the networking realm by addressing some of the same needs but in a different context, in the infrastructure world we are moving towards a more automated, less error prone and more agile way of working and taking the software development experience as our knowledge base, we can extrapolate them to our area.

DevOps best practice could be summarize as follows:

Taking as a reference Amazon’s documentation, we can breakout the CI/CD Pipeline in different phases:

Continuous integration refers to the build and unit testing stages of the software release process and the difference between continuous delivery and continuous deployment is the presence of a manual approval to update to production.

Some CI/CD best practices are:

Personally, I find really useful as a starting point, to have some examples of common tools, since you could extrapolate from there and it would be easier to find different options and more information, which is what I would like to do here.

The Open Web Application Security Project (OWASP) is a nonprofit foundation that works to improve the security of software. It produces freely-available articles, methodologies, documentation, tools, and technologies in the field of web application security.

One of their most interesting publication is the OWASP Top Ten Web Application Security Risks which represents a broad consensus about the most critical security risks to web applications.

I don’t see the point on going through each of them since they explain them pretty well in their webpage, the most relevant for the exam are XSS, SQL injections, and CSRF. 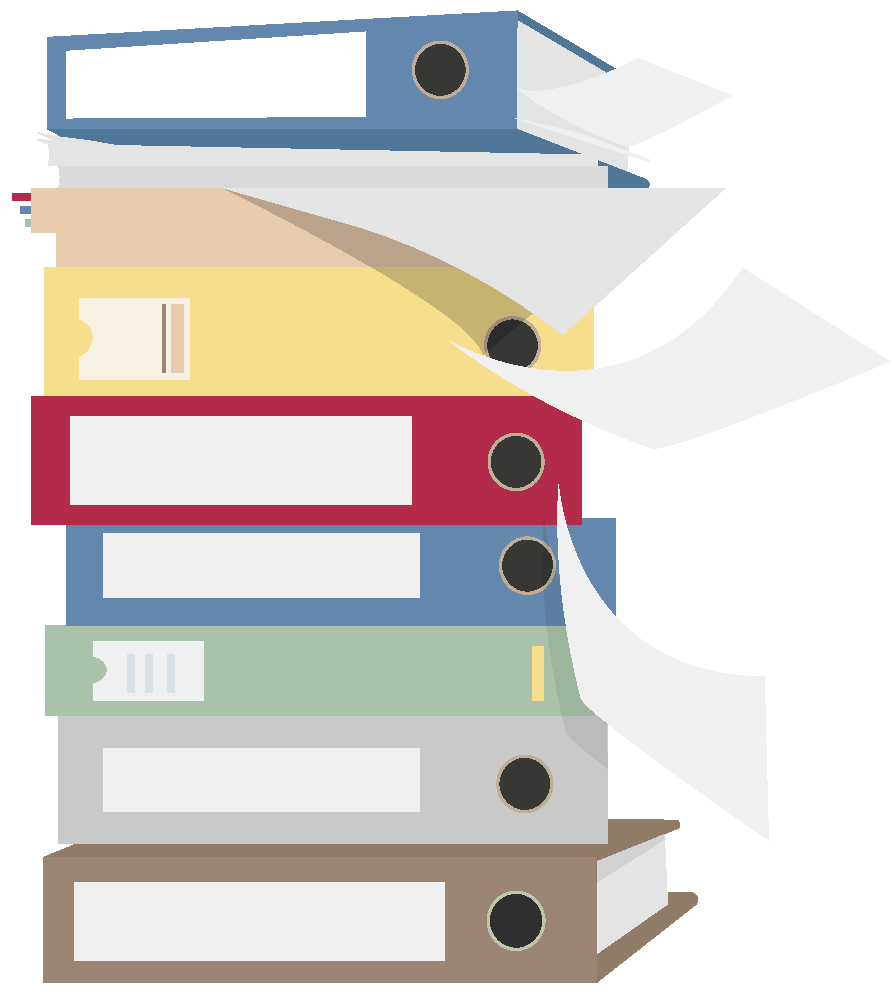 This part of the post is a little bit off topic but coming from a networking background, I found it really useful to expand my understanding of the different components which I have never been involve with. I’m glad that Nick Russo touched on this in his Pluralsight courses, so I’m going to keep this for my future reference and maybe help you in the same way.

A database is an organized collection of information, or data, typically stored electronically in a computer system. A database is usually controlled by a database management system (DBMS). Together, the data and the DBMS, along with the applications that are associated with them, are referred to as a database system, often shortened to just database.

There are basically two types of databases, relational, the oldest general purpose database and the rest, non-relational databases which are optimized for the specific requirements of the type of data being stored.

Relational databases are a collection of data items with pre-defined relationships between them. It organizes data using tables, each column within a table has a name and a data type and each row represents an individual record or data item within the table (tuple), which contains values for each of the columns. The querying language called SQL (Structured Query Language), was created to access and manipulate data stored with that format.

Special fields in tables, called foreign keys, can contain references to columns in other tables. This allows the database to bridge the two tables on demand to bring different types of data together.

Relational databases are good for any data that is regular and predictable, on the other hand it can be challenging to alter the structure of data after it is in the system.

Relational database transactions have a set of properties called ACID:

Examples of relational databases can be MySQL, MariaDB, PostgreSQL, and SQLite.

Non-relational databases are databases that does not use the tabular schema of rows and columns found in most traditional database systems. Like I stated before, they use a storage model that is optimized for the specific requirements of the type of data being stored, they tend to be more specific in the type of data they support and how data can be queried. For example, time series data stores are optimized for queries over time-based sequences of data.

The term NoSQL refers to data stores that do not use SQL for queries, and instead use other programming languages and constructs to query the data. In practice, “NoSQL” means “non-relational database,” even though many of these databases do support SQL-compatible queries. However, the underlying query execution strategy is usually very different from the way a traditional RDBMS (Relational Database Management System).

So taking into account the CAP theorem, Eric Brewer defined the BASE consistency model which relaxes the consistency property of transactions.


There is a wide-range of categories of NoSQL databases, I will not go deeper on each this time, but the ones that might be more relevant for us are:

Object Relational Mapping (ORMs) is a programming technique for converting data between incompatible type systems using object-oriented programming languages. This allows us to manipulate and query relational databases without the use of SQL, instead we can use the programing language of our preference using a specific library. For example, for python there is SQLAlchemy.

Object-NoSQL Database Mappers (ONDMs), just like ORMs, ONDMs provide a uniform abstraction interface for different NoSQL technologies, I found these harder to find for python, but I’m sure there are a wide selection of tools, some of them for example are neo4django, bulbflow

Some of the downsides of using an ORM are:


Back to DevNet Collection